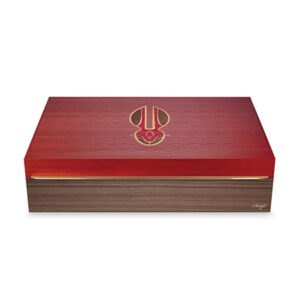 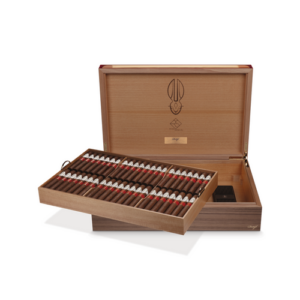 Production is limited to 25 humidor worldwide.

In advance of hopping into 2023, known in the Chinese zodiac calendaras the Year of the Rabbit, Davidoff of Geneva is releasing a cigar and humidor for the occasion early.

Topped with a tightly coiled pigtail, the Year of the Rabbit is a Perfecto measuring 5 15/16 inches long by 54 ring gauge. The blend consists of an Ecuador wrapper (a hybrid the company refers to as “238”), a Mexican San Andrés binder and an assortment of Dominican and Nicaraguan fillers. According to the company, the cigars are medium in body.

The cigars are made in the Dominican Republic at the Cigars Davidoff factory.

To further the lunar calendar celebration, a Year of the Rabbit Masterpiece Humidor will be released later this month as well.Designed by French artist Rose Saneuil, the box is manufactured in France by Moevus and features a striking red marquetry rabbit on the lid, an intricate inlay composed of wood and tobacco leaf. The exterior of the humidor is made of walnut while the interior consists of anigre wood. The humidor measures 22.32 inches wide by 14.64 inches deep by 5.55 inches tall and contains 88 Year of the Rabbit Gran Toros, which measure 6 by 56 but have the same blend as the Perfecto.

Production is limited to 25 humidor worldwide.

The Year of the Rabbit is a continuation of Davidoff’s annual celebration of the Chinese lunar new year.