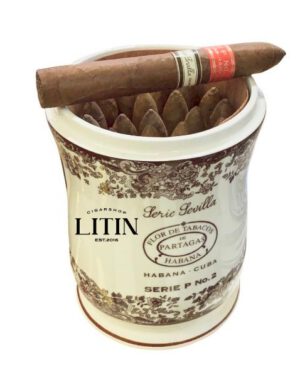 Cigars have been aged for at least 5 years.

Serie Sevilla is the name of a collection, exclusively made for the Spanish market, of Habanos cigars, which have been carefully aged and presented in jars.

The first edition of Serie Sevilla was launched in 2016, with Montecristo No. 3, follow by Hoyo de Monterrey Epicure Especial.

This fourth edition consists of only 2000 pieces numbered. Each one contains 21 cigars, where the outside wrap is darker and silk

Email me when stock available